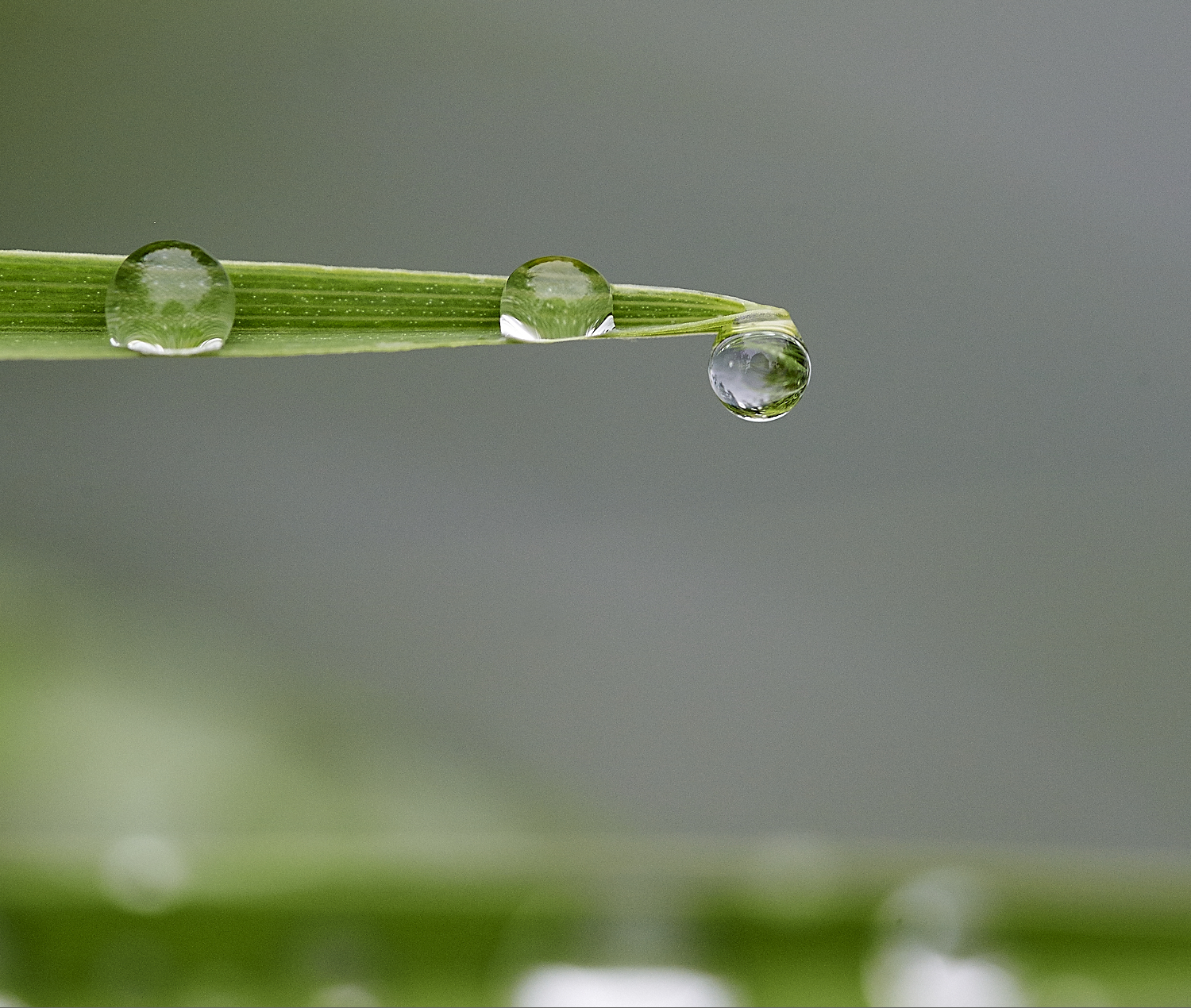 Generous Rains arrive in powerful pulses through the night and day, washing over and wetting Hayfields and Hills and Hedgerows – all now heavy in leaf. Weighted down by this film of water, bowing Grasses and Trees offer some of what they shoulder back to the Air, and suddenly Mist rises in great plumes. Air grows heavy, saturated, even moody, its every subtle shift and shape made visible by the drifting dance of Mist. Imagine, for a moment, in a forested or tall-grassed landscape such as this one, the sheer weight of water that never makes it all the way to the Ground, but rather cycles from Air to Leaf to Air, again and again. The Valley seems to court our attention on these days with great showers of beauty – heartbreaking songs of silent eloquence – and invites us to imagine courtship displays of our own, invites long-forgotten human melodies and eloquences to emerge from hiding. Rain dances, perhaps. The budding love-affair is all out in the open now. At least until Sun arrives to dry things down again. Generous Rains, may that you hear our many spoken thanks and our ample praise, and may that you return again and again to renew and sustain the unfolding Life of this place.

In his remarkable book, The Gift, Lewis Hyde differentiates between work and what he calls Labors of Gratitude. If work is the effort we expend to provide for ourselves and our desires – think food, clothing, shelter, transportation and entertainment for oneself and perhaps for one’s dependent children – a Labor of Gratitude is something very different, emerging from a very different impulse. Hyde writes, “Gratitude requires an unpaid debt, and we will be motivated to proceed only so long as the debt is felt. If we stop feeling indebted we quit, and rightly so.” Which begs the question:

What becomes of us when we stop understanding ourselves as indebted to the soils, plants, animals, weathers, and other humans who ongoingly grant us Life?

Or, asked in reverse:

What becomes of the world when humans begin to imagine themselves to be the owners – the sole proprietors even – of their own individual lives, as self-made, in debt to no one?

It isn’t hard to find answers to these questions as we look around at a world staggering under the weight of social disintegration, ecological collapse, runaway material consumption, mass extinction of non-human life, epidemic loneliness, depression, addiction, intractable violence, and on and on.

It is in the presence of this wreckage that we proceed with our work here at the Farm, inviting you to stop by to pick up Soup and Bread, to labor alongside us as we tend to garden and pasture and pantry. Each Sunday from 1-4pm we host a Work Day, where we try to imagine how to enact Labors of Gratitude – how to create relationships of repair. These Work Days underwrite the ongoing health of the Farm, itself an organism made up of weathers, soils, plants, animals and farmers. With a whiff of excitement and urgency in the air, we ask, ‘Would you consider joining us for one of these Work Days?’ We also host more intimate work gatherings during the week, with invitations going out to a smaller list. To receive those invitations, you can reply to this email with the message, “Please add me to the Helpers List.”

In the middle of our 15th month now, we are amazed and outrageously grateful for all who have granted life to these little efforts that we call Brush Brook Community Farm. Your courage and generosity are remarkable. We are deeply honored to be engaged with you in this work.

Through the rest of haying season, we will continue with an every-other-week Distribution schedule. Our next Soup and Bread Gift Distribution will be Friday 6/25, 4-6pm.

At halfway through the month, we have $2400 remaining to meet our June Budget Request. Would you consider making a financial gift to support our work? You can do so HERE.

STORY: The Dragon, the Burglar, and the Gift

We often encounter considerable confusion about the work we do here at the Farm, including the quasi-soup kitchen that we call The Gift Stand. “Who are you trying to serve?” We are often asked. It may be difficult to make out, but it is very clear to us that our work is not meant to directly benefit humans. “But you are giving gifts of food to humans, aren’t you?” You ask, still confused. The following story, written down in the early weeks of the Pandemic, might help to illuminate the subversive, spell-breaking possibility of the gift. As you read it, try substituting the characters of the Hobbit and band of thirteen threadbare Dwarves with the threadbare living world – made up of bands of threadbare soils, plants, animals and weathers.

You might remember a scene from a book called the Hobbit, where a great, greedy and fearsome dragon named Smaug, his breath foul and fire-laden, lays guard atop piles of stolen, golden treasure. The very hall in which Smaug isolates himself, now cold and lonely, was once home to great feasting, song, and hospitality. Enter Bilbo, the humble and homely Hobbit, an unlikely, furry-footed burglar with a ring of invisibility. With this ring on his finger, he silently succeeds in entering the Hall and stealing one golden cup from under the dragon’s slumbering claws.

But who among us wants to see the stinking dragon in ourselves? Hoarding. Stinginess. Looking out for you and yours. Thirst for material wealth. Unappealing descriptions of our behavior in the best of times, but now almost morally-responsible responses to the uncertainties that gather in our midst. I will be the first to admit that I encounter the dragon every day as I decide how much to take and how much of myself to give away.

There is another version of the story of Bilbo and the dragon Smaug that I have imagined, and its telling might give some clues as to the subversive power of the Gift. In this version Bilbo slips on his ring and silently enters the dragon’s lonely Hall, where he finds Smaug snoring atop his piles of gold. A great sadness comes over the Hobbit, and he knows at once how he might best remove the safeguarded gold. To execute his plan he will need help, and he succeeds in convincing his traveling companions – thirteen threadbare Dwarves – who stand cowering outside the entrance to the Hall. Unloading the pack horses of all of their meager provisions, they quietly set out the grandest feast that they can muster from what they have left, carving cold roasted meats and slicing old ends of bread, even dusting out jeweled goblets from the pile and filling them with water, as there is no wine. Seating themselves along the tables, they task Bilbo with the dragon’s wake-up call. The burglar has a hunch that he will not succeed in starving the spell that claims the dragon to death. He senses that he might, instead, be able to feed it back to life. Tip-toeing up the golden pile, Bilbo begins to whisper into the dragon’s ear. It is a spell-breaking chant, and it goes like this: “Suffering is the currency of stinginess. Suffering is the currency of stinginess. Suffering is the currency of stinginess.” On the third incantation, scaled lids begin to open and the dragon’s long neck rises to curled attention. Tentatively, the dwarves begin to sing one of their old feasting songs, readying themselves for the worst. But Smaug has no more fire in him. Only a long-forgotten hunger. The Gift itself has been the burglar, robbing the Dragon of his most carefully guarded possession, his grasping scarcity now unclenched and uncurling into an open, outstretched claw. Scales begin to shed, revealing soft, pink skin. The song of the Dwarves picks up tempo and volume as the old Hall once again fills with laughter and praise.

BUDGET UPDATE: Thank you for considering the June Budget